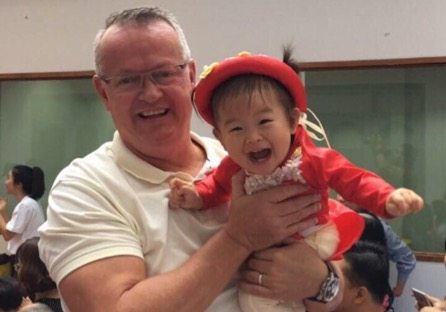 Please Join Us in Welcoming…

If you’re travelling to Mackay you will see a new friendly face great you at Windmill Motel and Events Centre – Ian Clark has joined the Southern Cross Motel Group team as our newest Manager.

After graduating with a combined university degree, Ian knew that hospitality and tourism were in his DNA. After many years working in international resorts and with major hotel groups, Ian has spent recent years living and working in Asia – destination – Vietnam.  The cultural and culinary experiences were amazing not to mention the very ‘acquired skill’ of riding a Honda scooter to work every day in the heavily populated city of Ho Chi Minh City.

Now Ian has decided that a move to regional Australia was a priority so that his young family could grow and experience life ‘downunder’.  Ian’s passion is unsurpassed customer service and that is what each and every guest will receive in his new role in Mackay.

Come and say ‘hi’ to Ian soon at the Windmill Motel & Events Centre and feel free to stay a while – the coffee is hot and the service consistently fabulous! Giving Back to the Community

Supporting local communities is part of our DNA at Southern Cross Motel Group.  In big ways and small, we ensure we are paying attention to what is going on in our towns, and we are constantly on the lookout for ways to assist.

Both The Downtown Motor Inn and The Palms Motel in Chinchilla sponsor local charities including the local RSL and St Joseph’s School Fair.

Windmill Motel and Event Centre in Mackay is active in sponsoring sporting groups, including the Queensland Mountain Bike Championships and the Pioneer Swimming Carnival.

It’s our way of supporting the locals and giving back whenever we can.